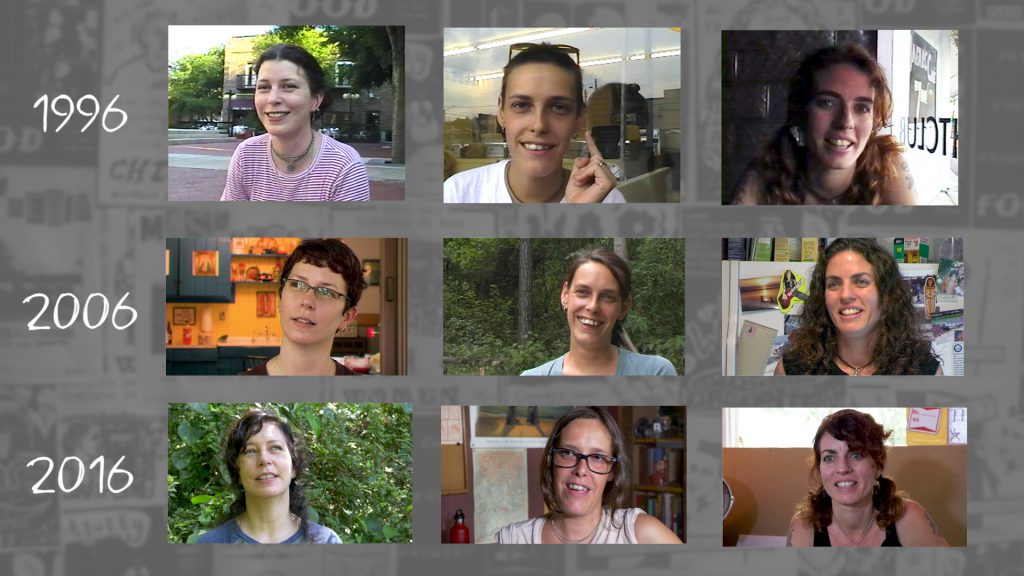 The documentary All’s Well and Fair, directed by Luci Westphal, is an ongoing project started in 1996. The 1996 version was a short documentary. The 2006 version was released as an interactive web series in 19 episodes and as a stand-alone 90-minute film on DVD. The 2016 version wrapped up filming in July 2016 in Gainesville, Florida, and Homer, Alaska. It’s currently in post-production.

Juxtaposing the lives and views of 3 single punk moms and their children during the 1990s with their realities in 2006 and 2016 gives an intimate perspective on values, growth and identity. As these families share personal insights framed by major social and political events, they inspire us to ask: who am I, what shapes me and where do I go from here?

To stay up-to-date with the production of the 2016 version, check us out on: